How to choose the best air purifiers for removing tobacco smoke 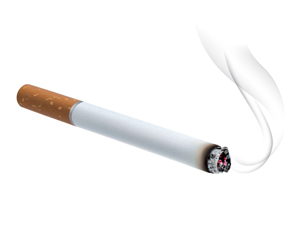 Did you know that second hand tobacco smoke contains over 250 harmful chemicals? Some air purifiers are specially designed to remove much much more of these harmful chemicals than others. This is an area we have a real expertise in and one which confuses some people more than most. Read on for our advice on coping with tobacco smoke in the home.

What size are tobacco smoke particles?
The most common size range of particles in tobacco smoke ( and incidentally marijuana smoke too ) is 0.3 to 0.5 microns, however a high number of the most harmful particles are as small as 0.1 micron. To put that into perspective, you could fit around 1000 single microns onto the head of a common pin.

Can an air purifier actually filter out particles that small?
This is a key question! In short, some can, many cannot. This is where choosing the correct air purifier becomes most critical. The most effective type of air purifier to use to remove tobacco smoke is called a ‘Hepa’ air purifier ( Hepa stands for High Efficient Particulate Arrestor).The grey area however is that there are different ‘grades’ of Hepa filter, and not all of these have the ability to take out the finer, most hazardous particles above. You can walk into most High Street stores these days, such as John Lewis or Argos, and purchase what appears to be a very impressive ‘Hepa’ air purifier. Some of these are fairly inexpensive, others can cost hundreds of pounds. However, a close look at the fine print (specification) almost always confirms that the Hepa filter inside the air purifier is only effective at removing particles down to 0.3 microns, and is therefore incapable of removing vast amounts of the most harmful airborne pollutants which are smaller than 0.3 microns. The most effective hepa air purifiers for tobacco smoke removal will contain Hepa filters capable of removing particles right down to 0.1microns. That is not to say that basic hepa air purifiers with 0.3 micron filters do not have a role to play, they can still be very effective for removing the larger less harmful pollutants like pet dander , plant spores and pollens.

So, any air purifier with a proper Hepa filter will remove tobacco smoke?
Not quite. The filter is only one third of the solution, getting all that smokey air actually in to the filter is another third and removing the actual smell of the smoke is the final third! If you think about it, no matter how good the Hepa filter is, if the fan that sucks the smoky air into that filter is too weak to draw all the air in the room towards it quickly enough, then the filter is almost irrelevant. So, ideally the correct combination is a good Hepa filter ( filtering particles down to 0.1 microns ), coupled with a fan motor which is powerful enough to actually suck all that smoky air into it as fast as possible ( ideally around 5 times every hour in your specific room size). And finally, the last part of the jigsaw is removing the actual smell of the smoke.

How do you remove the smell of the smoke?
Odour is not a particle, and therefore cannot be trapped by even the best Hepa filters.  Removing the particle ( visible ) part of the smoke is obviously a huge part of the solution, and for that the Hepa filter and fan power is crucial. However, tobacco smoke also brings along the associated odours and harmful chemicals, the majority of which are so tiny that they pass right through Hepa filter. These odours and harmful chemicals need to be adsorbed as they come through the filter and before they re-enter the room. The only thing that will effectively do that is a carbon filter placed directly behind the Hepa filter. The type and size of the carbon filter is directly related to just how much of the pollution is adsorbed. Specialist air purifiers will contain around a kilo or more of genuine activated carbon. Most cheap and cheerful ( and some not so cheap ) units found in our High Street stores contain just a token gesture of carbon , often just a lightweight, thin piece of sponge which has been impregnated with a little carbon. This token amount is all that is required for the manufacturer to claim that their machine removes tobacco smoke and odours . The reality is however that only a miniscule amount of odour can ever be adsorbed by such a tiny amount of carbon and therefore their benefit is virtually negligible.

The techy bit… In order for a carbon filter to adsorb fumes effectively , the speed at which the air passes through it is crucial. Basically, the slower the contaminated air travels through the carbon the better. This is called the ‘dwell time’, the longer the air dwells on its way through, the more odour, fumes and gases are adsorbed into the carbon. Therefore the thicker the carbon, the longer the dwell time ( good ), the thinner the carbon, the shorter the dwell time ( bad!).

Finally, Room Size - (always read the small print).
This is one of the most common mistakes people make when it comes to choosing an air purifier. We have already explained earlier in this article how it is important to try and choose an air purifier that is powerful enough to drag all of the air in your room size through the filter around five times an hour for it to be genuinely effective. This is known as the number of ACPH ( Air Changes Per Hour ). But it is easy to be misled on this.

For example, Winix manufacture a popular entry level air purifier called the Zero and advertise it as being suitable for use in rooms up to 99m2. This makes it seem like a great option for larger rooms. However, Winix do not state how long it will take the unit to actually filter all of the air in a room of that size. A quick check of the fine print enables us to work out that used in a room of 99m2 the Winix Zero will actually take about 59 minutes to recirculate all the air once. Therefore it would only provide around 1 air change every hour.

Now compare that to a specialist air purifier like the Classic 205 Smokestop from Swedish experts Blueair. Their  205 is only advertised as being ideal for rooms up to 26m2, but because Blueair design all their units to provide a generous 5 air changes per hour, even putting it in the same large 99m2 room as the Winix would see it clean the air around around 58% more effectively than the supposedly more powerful machine.

So the message is, take the advertised room size with a pinch of salt, always ask how many actual air changes the unit will provide in your room – regardless of what is claimed on the box.